When I first moved to Mississauga from North York in 1991 it was a suburb with a lot of farm land and single family homes. By the time I got married and moved to Richmond Hill the first condos started to go up. Since I moved to Ottawa, downtown Mississauga has added the Marilyn Monroe buildings, a Sheridan College campus, and a lot more condos.

Looking at the plans for Parkside Village, the Vancouver-inspired urban community by Vancouver developer Amacon that will be home to 6000 residences, the city west of Toronto could very well become a twin-city of Toronto much like Ottawa-Gatineau or St. Paul's-Minneapolis. Mississauga will also have an interesting niche since Vancouver type design hasn't been done on this level in the GTA.

As I look at how the developer has used this empty 30-acre downtown site, I can't help but think about the potential of Lebreton Flats and Bayview Yards in Ottawa (if my math and Wikipedia are correct, Lebreton Flats alone is almost seven times the size of Parkside Village). 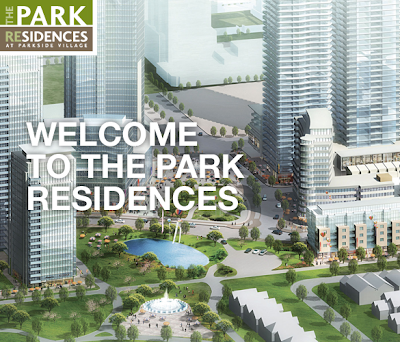 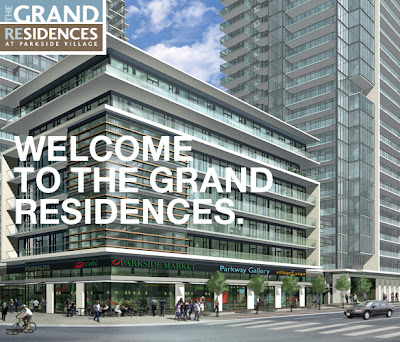 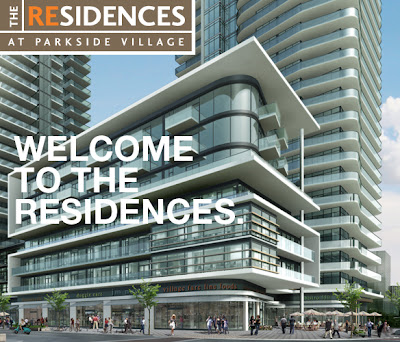 The Community Design Plan (CDP) for the Bayview-Carling corridor is still in progress, but similar to Parkside, the plans include density, public spaces, parks, and shops. I'd like to see developers go in a similar direction as Parkside, especially when it comes to design. Such a village would provide a very different urban experience from the business district and the Byward Market, and would be a welcome addition to the downtown area.

I'm usually tough on the NCC so let me simply say I hope they deliver. Last August the NCC CEO Marie Lemay told the Ottawa Citizen:

“LeBreton is a place where there is an opportunity to do something different. The best is yet to come in the sense that the vision is not yet completed. Once it is completed, it will be one of the really important building blocks of the capital. When we are done, everybody will be proud of it.”