What Torontonians want to see in the Nation's Capital

A few weeks ago I criticized the NCC's Capital Conversations event held at the University of Toronto. It looked very boring and "undiverse" with not much youth or many people of colour.

More than any other provincial capital, I was looking forward to hearing what Torontonians had to say because along with Montreal, Toronto is already a vibrant, cosmopolitan, world class city that does things well.

Although I wasn't aware at the time, the NCC also held an event at City Hall and I was happy to see that there were many people of colour and people of all ages sharing their vision for the capital. Looking over the pictures it actually looked like a lot of fun.

So although the U of T event looked "dry and academic", as I believe I called it, in the end it looked like the NCC did a good job of capturing a good cross section of the population so I owe them an apology.

Of course there were some people calling for more green spaces. I really don't understand the fixation with green space. I feel Ottawa already has enough. Someone's going to have to explain that to me some time.

Some recurring themes I saw in the responses were more Festivals, Nightlife, Architecture, Culture, and Multiculturalism. I've included some of my favourite responses below. 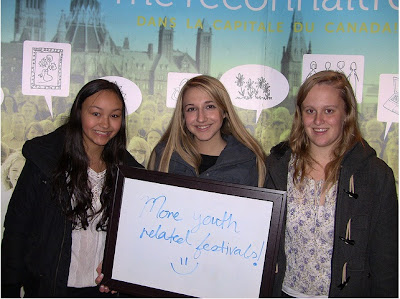 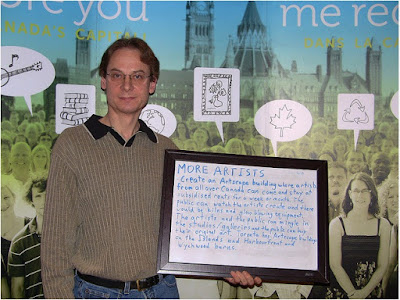 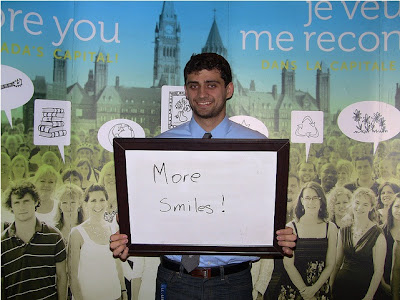 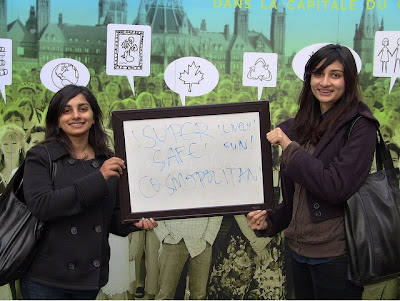 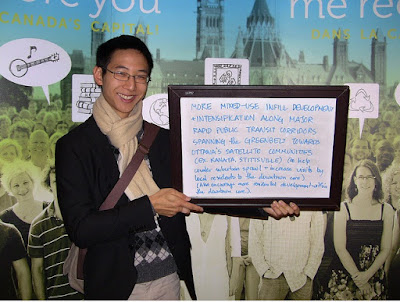 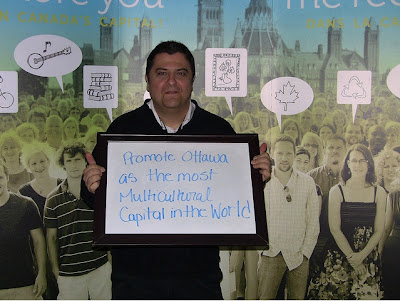 ﻿This last one caught my attention more than any other. "Promote Ottawa as the most Multicultural Capital in the World".

Ottawa may very well be one of the most multicultural capitals in the world aside from London and Paris. Being located in Ontario, down the highway from Toronto, arguably the most multicultural city in the world, this would be a very attainable long-term objective in my opinion. I think this point needs some serious consideration from our elected and unelected officials.

Click here to see all the pictures from the Toronto meetings.

Kevin Bourne
reinventingottawa.blogspot.com
Posted by Kevin Bourne at 9:43 AM