Review of the Ottawa media landscape in 2011 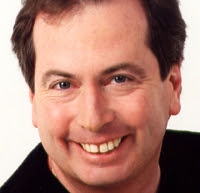 It's the end of the year which means it's time for my second annual year-end review of the Ottawa media landscape.

When I first decided to once again write a piece about an annual glance at the Ottawa media landscape I wasn't really excited, but it was something I felt should be written. As I began to revisit articles and tweets from the city's main news sources I began to realize how much of a transformative year this was for Ottawa media. Compared to last year's post so much has happened.

Hopefully in reading this post you will see that Ottawa changed and grew by leaps and bounds as a Canadian media centre.

You may ask why I've decided to do this annual piece. It's because I believe that media, whether TV, web, film, and print, is one of the most influential industries on a city's culture and identity along with real estate development/architecture. In my opinion it's these industries that will help to make Ottawa a vibrant place to live, study and do business.

I also believe that as the capital of Canada our city has been an underachiever when it comes to media.When you look at national capitals they usually have a pretty strong and influential national media voice which I believe we are lacking right now. As the capital city we have lots to say and offer Canadians, and there's lots of room for growth.

So without further ado, let's get started.

The city's main business news source, the Ottawa Business Journal, saw some major changes. In January the deal between Transcontinental and Great River Media took effect with the latter purchasing and operating the Ottawa Business Journal and its related brands. Also in January, Jim Donnelly stepped down as editor of the paper to join the team at MediaMiser with writer Peter Kovessy taking over his post.

All the way across town, the Ottawa Citizen had some interesting activity with David Reevely and Joanne Chianello switching places; David returning to the bureau at City Hall and Joanne taking over as city columnist. Randall Denley took leave from his job at the Citizen to run for the Ontrario Progressive Conservatives against former Ottawa Mayor Bob Chiarelli. Although he didn't win, the announcement of Ken Gray's retirement in late June left an open space for the almost-MPP on the paper's editorial board.

We also saw some excitement in radio. In January local radio sensation Jeff Mauler secured a gig co-hosting Live! with Regis and Kelly alongside Kelly Ripa. The following month, after two years, 106.9 dropped the Virgin label and rebranded itself as The Bear after viewers didn't recognize the new brand. Then a few months later Stuntman Stu would leave the morning show at BOB FM to join the morning team at Bell Media's Majic 100. In December, Carleton University journalism grad Robyn Bresnahan returned from working with the BBC in London to become the new host of CBC Ottawa Morning, the city's most popular morning radio show.

But unfortuantely December also became a time of sadness as former Majic host Kevin Nelson died after a lengthy illness. He had been with the station since its founding in 1991.

Mayor Watson said of his death, “He was optimistic about his recovery. He just sent me an e-mail joke this week. It’s difficult. Kevin, a year and a half ago, was on top of his game, he was doing very well in radio, had the top rated show. It’s sad to see a relatively young man pass so suddenly.”

In television, Quebecor's Sun News Network, probably Canada's most controversial media brand, went on the air which meant another Ottawa/Parliament Hill Bureau came to the capital. In late November the network also announced the opening of its first foreign bureau in Washington DC with Bryn Weese of the Ottawa Bureau filling the post of Senior Washington Correspondent.

Also in television, 2011 was a year of major public scrutiny for the CBC, Canada's public broadcaster. There is growing pressure to change disclosure rules concerning the CBC to provide more financial accountability, especially salaries, and access to information. As a public broadcaster competing in the private sector this may be difficult, fueling talk of privatization.

One of the most exciting events in the Ottawa television industry was a new original TV series being shot in the capital. The CBC's Michael: Tuesdays and Thursdays is one of the first series I've seen where Ottawa played a major role in the production; in fact it is almost a character in the story. Nepean native, Sandra Oh, came to town to shoot an episode for the comedic drama.

In December, Ottawa will also be home to Hollywood production Penthouse North. Co-produced by Ottawa's Zed FilmWorks, the film starring Batman star, Michael Keaton, and Mission Impossible 2 star, Michelle Monahan will be set in New York City. The studio, located in the city's east end, will be the biggest set ever built in Ottawa.

With the creation, and subsequent approval in late July, of the new City of Ottawa-OCRI economic development agency Invest Ottawa, we can expect to see more film and television productions in the city.


Other events in television were the transformation of A Channel into CTV2 and the resignation of Ottawa-Gatineau Film & Television Development Corporation head Rock Brunette. With the creation of Invest Ottawa, the hiring of a new commissioner, and the City of Gatineau leaving the partnership, there are more changes on the way for OGFT.

When it comes to the Ottawa blogosphere perhaps 2011 should be known as the "Year of the Fashion Blogger".

Building on this momentum, in December the Ottawa Citizen launched their style website covering fashion, food and drink, and homes.

And in other news, earlier this year arts and culture website The Wig took a hiatus.

In 2011 Ottawa experienced some growth as a media centre and I'm excited about what 2012 holds for our city. More blogs? More news websites? More TV and film productions? More magazines? I'm waiting on the edge of my seat.

If there's something significant I forgot or if I got some of my details wrong, feel free to contact me so I can update the post. Have a Happy New Year, Ottawa!

Email ThisBlogThis!Share to TwitterShare to FacebookShare to Pinterest
Labels: Media