The second half of my visit to Toronto took me to my parents' house in Mississauga, the second largest city in the Greater Toronto Area. Since we moved to Mississauga from North York in 1991 the city has gone from an almost rural town to a suburban, and increasingly urban, centre. The population was 383,000 when we moved and has grown to about 800,000. The farm house, fields and horses across the street from our house were replaced many years ago with executive townhomes and a mid-rise condo. The odor of cow manure that blanketed the neighbourhood for years is long gone.

The downtown core, or city centre as they call it, has been transformed by new projects like the Marilyn Monroe buildings and the Sheridan College campus.

A few days before we returned to Ottawa my wife and our friend had gone ahead to shop at the Square One shopping centre. As I arrived to meet up with them I thought about what I was going to do because this was a rare occasion where I was exhausted and I didn't want to shop.

Then I looked up across the parking lot and saw my refuge- the new public square, Celebration Square. This project by New York-based Project for Public Spaces (PPS) was under construction before I moved to Ottawa so I was eager to see it. Luckily my baby bag doubles as a camera bag so I headed over to take some pictures.

As I approached the square it was rather empty which is to be expected outside of work hours. There were some children and young teenagers running through the water feature in front of city hall, a few people sitting at tables, and some people gathered around a street food vendor. One street food vendor was selling crepes of all things. The street that once ran through the area was now gone linking the front lawn of the central library with the former square in front of city hall. The square was branded very well and had great signage including electronic signs informing visitors of upcoming programming.

This modern square was quite different than any public square you would see in Ottawa (not saying that's a good or bad thing). There were video screens framing a permanent stage and bright and flashy double-sided video screens facing Burhamthorpe Road, the main downtown east-west thoroughfare (I don't think it's a pilot project).

Mississauga, like it's neighbour to the east, is progressive and open to trying new things; they're eager to make a name for themselves. Nevertheless, one of the main downfalls of Mississauga in my eyes is its youth. As a very young city it lacks the character of older cities like Ottawa. It could almost appear sterile but I think young professionals will be attracted to the lifestyle they're trying to provide. I thought to myself that Ottawa has the chance to provide residents and visitors with the best of both worlds- vibrant, modern, urban spaces and older heritage districts with character.

With construction underway in the Vancouver-inspired Parkside Village portion of downtown Mississauga, a project by Vancouver developer Amacon, there is much growth ahead. The urban village will include tall high density condo buildings, restaurants, shops, offices, extra wide sidewalks, and bank, hotel and park. If conservative and guarded Ottawa doesn't watch out the younger and more progressive Mississauga may become Ontario's second largest city over the coming decades.

Below you'll find the pictures I took of Celebration Square. Enjoy! 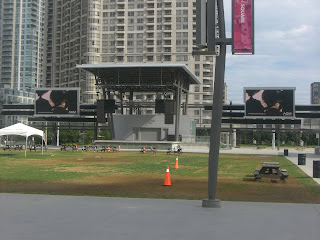 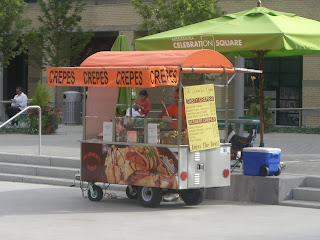 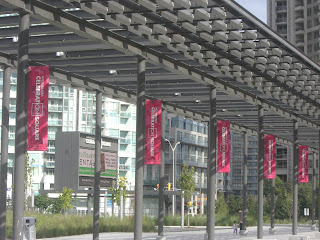 Site of the former roadway 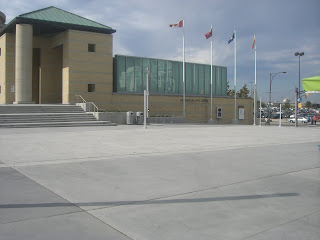 Replica of the Metropole? 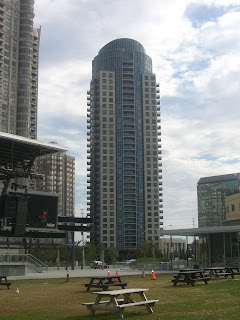 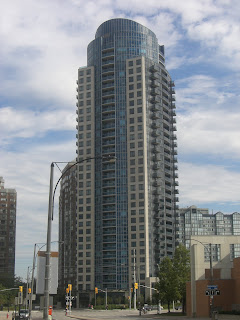 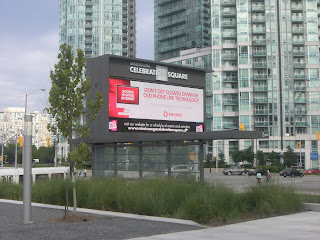 Video screen next to stage. A sign in the area indicated the space in front of the screen was the site of an outdoor market. 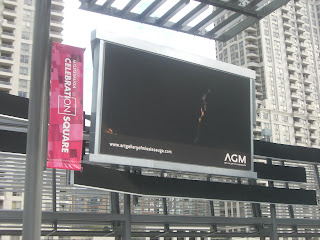 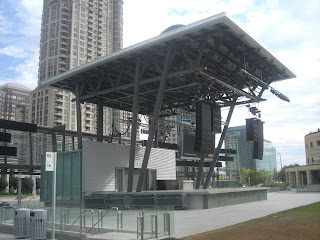 Seating area and entrance to the central library 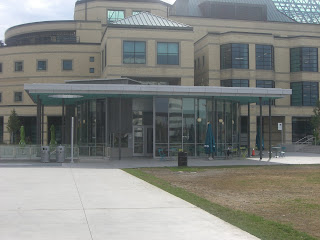 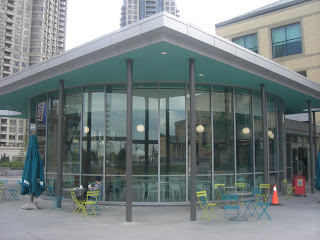 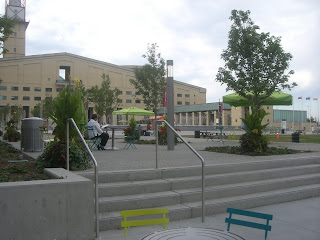 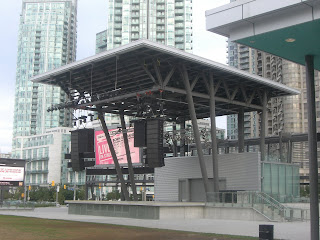 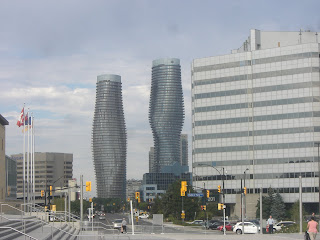 Water feature in the Summer, skating rink in the Winter 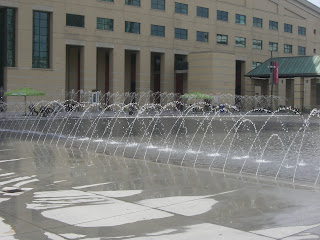 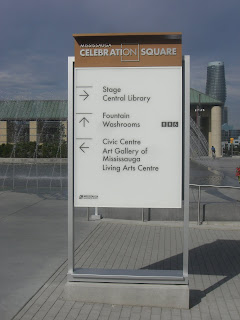 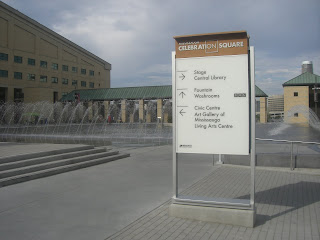 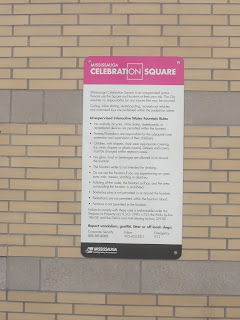 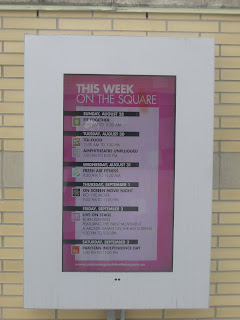 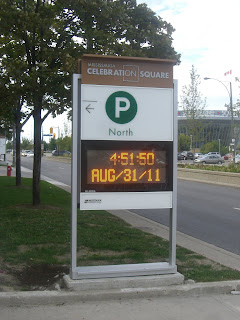 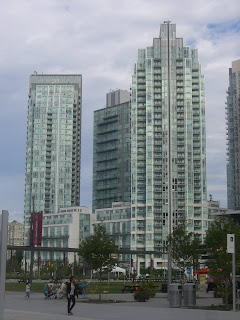 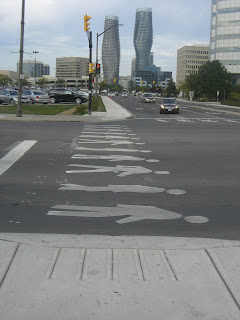