What makeover shows teach us about city-building

First let me say that I'm thankful for the discussion the Ottawa Citizen initiated last week on building a better Ottawa. I learned so much about city-building. I hope the Citizen keeps up the discussion.

Friday afternoon the Citizen published articles by former mayor, Jim Durrell, and Kate Heartfield that brought a different spin to the discussion. It's good to hear from experienced people who can bring sobriety to emotional discussions. 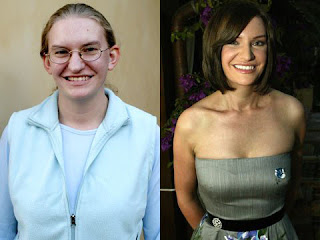 The message I got from the articles is that we need to respect the natural and organic attributes of our city, whether geography, climate or culture, when building cities and that it's these things that make cities great.

This brings an analogy to mind- city-building is like a makeover. I used to be a big fan of the show What Not to Wear on TLC. There was something about watching someone being transformed and finding themselves.

Those kinds of shows aren't as much about making a woman into a beautiful person; they were already beautiful. It's about taking their natural features and making them, "pop!", or stand out, for the individual and the world to see.

A few weeks ago I said that Rideau Street east of King Edward would make a good International Village. I wrote about the number of ethnic businesses in the area already. Taking that organic and natural attribute and packaging it properly into an International Village through aesthetic improvement, or beautification, is the exact same thing that they do on the makeover shows. Taking a natural attribute and making it pop.

This is what residents are asking for when it comes to our waterways, one of Ottawa's most precious natural attributes. We have the Ottawa River, Rideau Canal and Rideau River and they are still very much in their natural state. What many people want is for the powers that be to take this natural attribute and make it pop.

There's also some lessons for urban design practitioners. The makeup artists and hair stylists on these shows have set techniques which they learned in school and on the job, but how they do someone's hair and make up, and how they clothe them, depends very much on the unique eye shape, body shape, skin colour, hair colour, personality, indentity and potential of the individual. These practitioners apply their learned techniques to the individual based on all of the above and make them pop. There are many city-building techniques, but how they are applied needs to keep in mind the natural attributes, personality, identity and potential of the city you are trying to makeover.

Many of us would love for Ottawa to be like Washington DC, Toronto, Montreal or Copenhagen, but what works for them may not work for us. You know those women on the makeover shows who are petite but they keep wearing their husband's extra large sweat shirt or they're middle aged and keep wearing their teenage daughter's jeans? The extra large sweat shirt may fit your husband perfectly but on you in looks odd.

Kate Heartfield made mention of the NCC razing Lebreton Flats to create more of a beautiful capital. Those kinds of actions are called "facelifts" not "makeovers".

Facelifts, or any other plastic surgery, don't celebrate natural attributes, they cover over them usually out of shame or worry of what people will think. Whether in cities or individuals, too many of these "projects" that disrespect natural attributes, personality and identity will make a place or face look fake.

Going back to the Kate Heartfield article, I wonder if grand plans in general make Ottawa bland or if it's the facelifts that come with being a capital city that make it bland or sterile. Perhaps that's what she was getting at. If our grand plans came in the form of makeovers that celebrate natural attributes, identity, personality, and potential I wonder if they could help to enhance the local experience she wrote about.

I'm starting to think that this city-building discussion should be less about big and small projects and more about who Ottawa is and whether these projects, big or small (because you need both in my opinion), respect the natural attributes, identity and personality of the city.

Mayor Watson recently had an epiphany; here's my epiphany.

Vision isn't just about seeing big, although it's a part of it. Vision is about seeing who your city is at its core, its natural attributes, personality, identity, and potential, and seeing how both the big things and the small things can be used to make these things pop for residents and the world to see.

Looking at individuals, that's when women who have been made over start to walk with a renewed sense of confidence and energy. And that's when the audience watching at home around the world will finally say, "Wow, Ottawa's a great city!"

Kevin Bourne
reinventingottawa.blogspot.com
Posted by Kevin Bourne at 9:20 AM