There are some cities like Mumbai and Beijing that have more residents and economic capacity than many countries, regions and continents.  It's almost like we are going back to the days of Rome, Troy and Sparta where cities operated like countries.

So here's the question. Should cities function more like countries in order to stimulate growth? 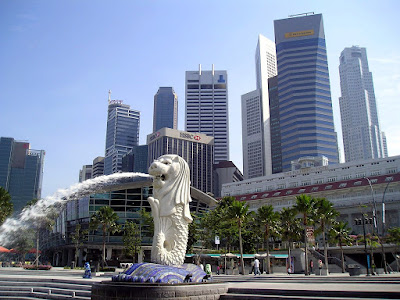 We are starting to see more countries forming joint chambers of commerce with other countries, for example the Nigeria/Trinidad and Tobago Chamber of Commerce. As cities become more powerful would it be worthwhile to form joint chambers of commerce with other cities, for example the Ottawa-Beijing Chamber of Commerce? Perhaps even a three way chamber spanning multiple continents- the Ottawa-Mumbai-Melbourne (OMM) Chamber of Commerce. Perhaps there could be chambers for specific purposes- the San Francisco-Ottawa-Seoul (SOS) Chamber of Technology or the Ottawa-Sydney Chamber for the Arts. These kinds of networks would provide an international platform for local artists, professionals and entrepreneurs.

Another way in which countries interact is through diplomatic relations. Should cities appoint ambassasors to other cities? Should cities have embassies or high commissions in other cities in order to promote diplomatic and economic relations on a municipal level the same way countries do on a national level? If your city took $5 million of your tax dollars to have a full-time representative in Beijing, New York, or Prague would you think that was good use of your money?

Of course there would be huge legalities and technicalities involved. For example, would the City of Ottawa's embassy in Mumbai be Ottawa, Canadian or Indian soil? To avoid the legalities, a city like Ottawa could appoint an ambassador to Mumbai who is originally from Mumbai or India and is living here in the city, and task them with creating diplomatic and economic ties with the City of Mumbai. With some cities having the capacity of countries, whether in population, talent or economics, it's not that far out there. Again, this would bring us back to the days of Rome, Sparta and Troy.