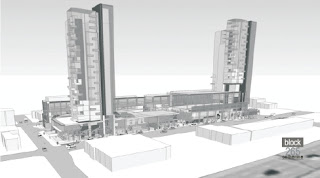 For those not familiar with this story, almost two weeks ago Vancouver real estate developer and owner of the Ottawa Bus Station, Stewart Robinson, applied for rezoning of the Catherine Street bus terminal in case Greyhound decided to relocate.  According to the rezoning application, "Greyhound has recently given notice that they do not intend to stay on as a tenant."

Apparently relations between the owner and Greyhound have improved since Corporate Customer Service Limited has become the new operator of the station, and VIA Rail has stated that they are not in discussion with any bus operator at this time.

If Greyhound and VIA move forward with a rumoured bus station on the train station land, 265 Catherine Street would become an urban village.  Designed by local architect, Ritchard Brisbin, the mixed-use development would include 458 housing units including condomiuniums and townhouses.  The main features will include two condo towers, a 23 storey tower on a two storey podium and a 19 storey tower on a six storey podium, two floors of underground parking, and a pedestrian walkway in between the two blocks.  Office and retail space will be 8, 334 square metres with 5, 080 square metres of that being retail space.  According to the Ottawa Citizen, on each corner, I imagine along Catherine Street at Kent and Lyon, "there would be a 10,000-to-20,000 square foot 'destination' store such as a grocery or home interiors store, as well as smaller shops along Catherine Street."

Is it wrong to secretly hope that negotiations break down?  Not only would we get a full commuter and local transportation hub at the VIA Rail station, but we would get this amazing village in a part of the city that can use some new development.

We won't know whether this development will go forward until a deal is reached, or not reached, with Greyhound and the zoning amendments are approved, but in the mean time we can enjoy the beautiful renderings which are already creating a buzz on online forums.  Enjoy! 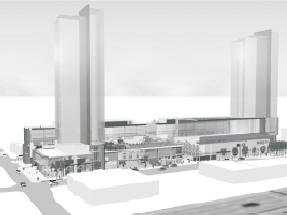 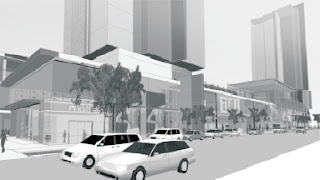 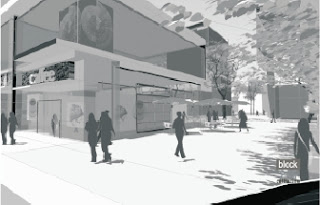 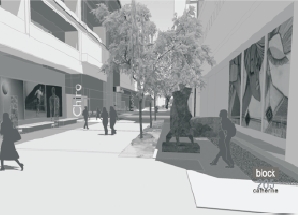 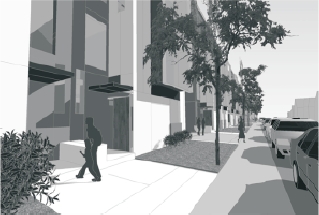 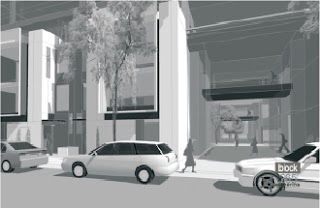 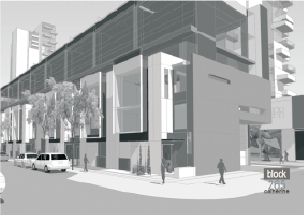 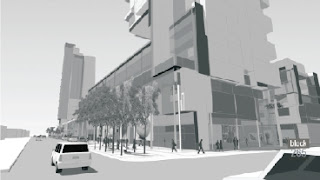 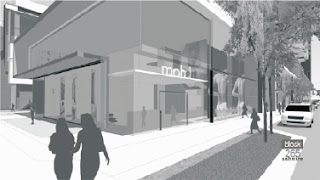 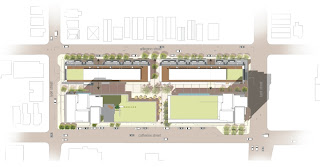