Ottawa's waterfronts in need of some TLC

If you've read my articles before you know that a bit over a year ago I moved from Toronto to Ottawa with my wife.  I'm so in love with Ottawa there's not much I miss about my former life in arguably Canada's most vibrant city; except for four things.  Yorkdale Shopping Centre, The Eaton Centre, Yorkville and the waterfront.

I've spent the past few days researching waterfronts around the world, as well as National Capital Commission documents to find out their plans for the waterfronts in the capital region and why their definition of waterfront always seems to include parks and green space.  To be honest, I'm starting to get fed up with green space; we need more of a balance between green and urban spaces.  I stumbled onto the NCC's plans to revitalize the Gatineau waterfront, including the Scott Paper factory next to the Museum of Civilization.  Not to my surprise the whole plan for the waterfront is a park.  More green space.

Walking along the Rideau Canal you can count on one hand the number of places you can sit down and have a coffee with friends.  I believe there are exactly three restaurants between the National Arts Centre and Dows Lake; the rest is green space owned by Parks Canada or the NCC.  Along the Ottawa River I have yet to see one restaurant, shop or cafe.

As I spent the past few days scratching my head at the waterfront development model of our city, I found that two Ottawa Citizen writers, David Watson and Mark Sutcliffe, were thinking the same thing.

Two of the cities which have had the greatest impact on the evolution of Ottawa as capital are Washington DC and London, England.  The prior influenced us with its monuments, national symbols, and presence as a single-function political capital, while the latter influenced us in architecture and culture.  I finally chalked up our green space fetish, especially on the waterfront, to the original vision for the capital.  Sir Wilfrid Laurier envisioned the Ottawa as "Washington North"; a national centre for learning, thought and culture.  Today Ottawa has some pretty good universities, is a fairly big R&D hub, is filled with national monuments and symbols (with more to come), and is a single-function political capital.

I tried to blame Washington's influence on our city, I really did, until I discovered new renderings for the revitalization of the Southwest Washington DC waterfront.  Wait, the big brother we've been modelling our capital core after is getting a brand new waterfront with restaurants and shops?  That's right.

So now I'm stumped.  The two cities which have had the most profound impact on our city either have, or are in the process of building, dynamic and vibrant waterfronts.  So this begs the questions, "Where did we get our vision for a waterfront with empty green space and no commercial gathering places?  Whose bright ide was that?"

So what am I expecting from the NCC and the municipalities?  I'm expecting a comprehensive waterfront plan for Ottawa and Gatineau.  I'm expecting thoughtfulness, innovation and creativity in land-use planning from a region that is supposed to be a tech and innovation hub.  An example is the Waterfront Toronto plan; it is so comprehensive it's something to be envied.  Before reading this plan I wasn't sure if green and commercial spaces could co-exist effectively, but it's possible and it's being done well.  Cities like Toronto long ago paved over their waterfront green spaces and are in the process of re-naturalizing them.  The fact that Ottawa still has its waterfront green spaces shows that we have the foundation to do something great; to develop something that combines natural beauty and urban vibrancy.

I'm surprised this is an issue that has slipped under the radar, especially with the recent election.  To be honest, I didn't even think aboout it much until recently.  Anyway, it's never too late.  Let's at least start talking about it. 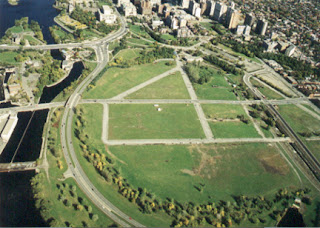 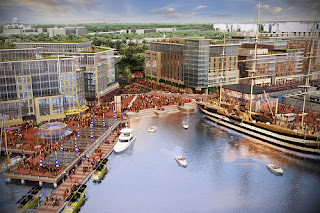 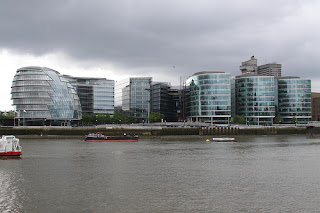 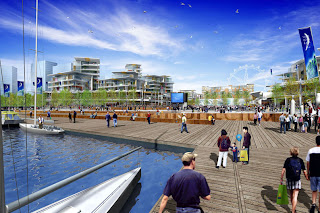 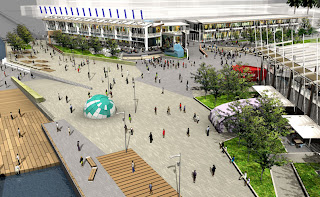 Email ThisBlogThis!Share to TwitterShare to FacebookShare to Pinterest
Labels: Waterfront