Great Architecture is on Ottawa's Horizon 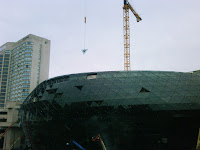 Having been born and raised in Toronto, I have come to expect bold and great architecture.  Now living in Ottawa, one of my pet peeves is the apparent conservatism, or blah, when it comes to architecture and land-use.

Architecture helps to build a city's brand.  Different industries use different types of buildings; government, technology, arts, sports, etc.  You can tell a lot about a city and its industries by its architecture.  Is the city virbant and risky, or conservative and old school?

I would have to say that a lot of Ottawa's architecture can be described by the latter, but there are some bright spots on the horizon.  Charlesfort Developments is setting itself apart with what has been called "Chicago-style" architecture that is breaking the mold, as seen in Hudson Park, the Continental and soon, the Lisgar Apartments.  These towers are literally outside the typical box, with Chicago-style spires, and segments to break up the building.  Other bright spots include the new SOHO projects springing up all over the city, the 90 George and Mondrian high-rises, and the up and coming high-design mid-rise condo, 360 Lofts.

The new Ottawa Convention Centre, with Canada's largest curved glass wall, is probably one of Ottawa's biggest architectural victories since the Parliament buildings.  Beside being on budget and on schedule, it's breaking away from Ottawa's reputation as a conservative city, but sadly people don't seem as open to outside the box architecture in high-rises.

In a recent visit to Mississauga, Ontario, where I lived for 16 years, I was able to check up on the status of the Absolute World project originally nicknamed "The Marilyn Monroe Buildings".  I remember when an Asian participant in the international design competition produced this design.  I thought, "It will never happen."  Well, I was wrong.  Whenever I visit Mississauga and see this building I'm proud of my former home, but I'm also slightly disappointed.  Disappointed that the odds of seeing this kind of project in Ottawa is not probable (but I'll keep praying).

I see cities like Mississauga, Vancouver, and Montreal that are becoming increasingly serious about architecture and growth.  They are producing buildings, especially waterfront properties like the Vancouver Convention Centre, that are earning global recognition.  Ottawa is on its way with its new convention centre, but I'm not sure this project will be a catalyst for a new culture of architecture in our city.  One can only dream.

In 10 years who knows how much land will be left in the downtown area.  We need to start demanding architectural excellence in our city before any more significant land is gobbled up and filled with mediocre condominium towers.  That is especially the case for the underdeveloped Lebreton Flats, which is steps from the Ottawa River, that is at risk of being made into one big green space.

Ottawa has some pretty good architects, but if they run out of ideas let's take a page from Mississauga and open up our city to international architects via design competitions.  Until then I continue to dream of Absolute-type projects in the Nation's Capital. 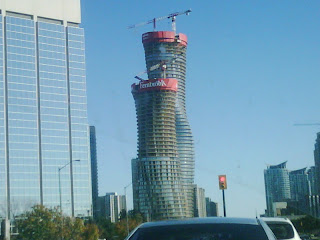 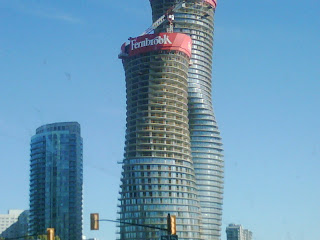 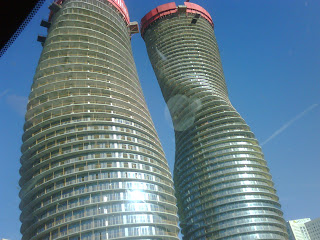 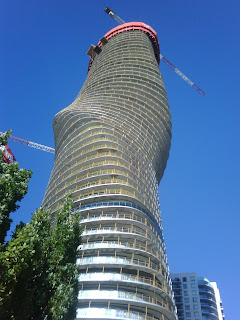 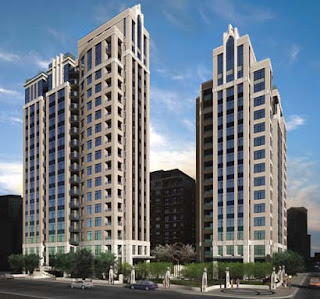 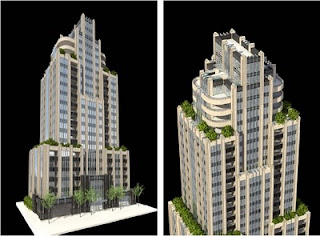 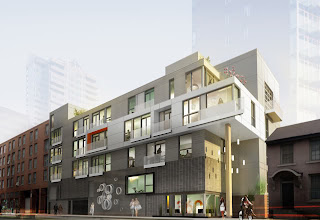 Email ThisBlogThis!Share to TwitterShare to FacebookShare to Pinterest
Labels: Architecture