Ottawa International Film Festival has made me a believer 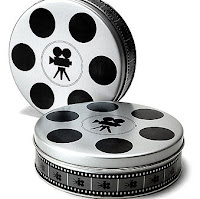 I have something to confess- I love visionary people. There’s just something about talking to someone who sees big and believes big. Visionary people provide others with hope and inspiration that things will get better or that anything is possible. On the other hand, people who lack vision can be the most depressing people to talk to.
The truth of that is confirmed in a biblical proverb that says, “Where there is no vision, the people perish.” It’s not talking about a physically death but an emotional and spiritual death that comes with not having hope.
The Ottawa International Film Festival has arrived again and I have to say that our city feels different this year, or maybe it’s just me. I’ve been watching OIFF from a distance since I first heard about it last year but yesterday’s piece by the Ottawa Citizen about the festival left me almost ecstatic at where OIFF and Ottawa are going.
When asked about the new plan for the festival OIFF Executive Director Nina Bains replied, “We’re going to be better than Sundance. I just know it. In 10 years we’re going to wonder, wow, how did we do this?”
The Ottawa edition of the Metro newspaper gave us another little tidbit of vision and hope quoting Nina Bains as saying, “We’re gonna see the face of the city change significantly.”
Many people would laugh this off as highly unlikely, but we’re living in a time where newcomers to industries and underdeveloped countries are starting to rise to dominance and long time powerful players are starting to fall. The orders in the world are changing and in today’s world OIFF could eventually be better than Sundance. I’m sure many years ago people would’ve never thought that TIFF would outshine Cannes.
The Citizen article raised a good point about OIFF’s potential. A number of embassies and high commissions, including those of India, Spain, Taiwan, and Europe, have already worked with the Canadian Film Institute to host film festivals here in Ottawa.
When you look at the short history of OIFF you may laugh at the thought of it being “International” but these embassies and high commissions, and their demonstrated desire to share their culture and films with a Canadian audience via the Capital, could give OIFF a consistent supply of diverse international content that may not be available to other festivals. It’s conceivable that OIFF could become a venue where international indie filmmakers flock to hold their Canadian premieres.
The Citizen article went on to say the Executive Director is looking at including indie films from a featured country as early as next year. Supply and demand brought OIFF to where it is today and who knows where supply and demand, especially when it comes to our many embassies and high commissions, will take them in the next few years?
I’ll leave you with another biblical lesson that says, “All things are possible to those who believe.”
Something happened to me yesterday as the Ottawa media gave us a very small glimpse into the vision for OIFF- I’ve become a believer. The face of the city is going to change significantly. We’re going to be bigger than Sundance. Combine a growing film festival with more investment in our film and television development corporation, the new Invest Ottawa program, and a potential studio near the airport, and we can expect much growth.
And the different feeling in the air this year? I think Ottawa is actually starting to believe we can do this. Ottawa is slowly becoming a filmmakers' city!
Kevin Bourne
reinventingottawa.blogspot.com
Posted by Kevin Bourne at 9:00 AM