First, I would like to apologize for not posting as frequently as I used to. Since my wife's return to work from maternity leave I have become full-time dad for a bit which doesn't leave much time to write. Today I have a little free time and I'm due for another post so here we go.

A project that I hoped to be following more closely is the Capital Exhibition Centre, now officially known as the CE Centre, on Uplands Drive. The project website and renderings have been updated with the new branding which makes the design more polished. After a winter spent clear the land, construction underway. Unfortunately I haven't been to the site in a while so I don't have any new pictures, but I was told that last weekend they started to erect steel beems on the north side of the site.

Here are a few of the new and existing renderings for the project. In exactly 218 days Ottawa will have another world-class meeting facility! 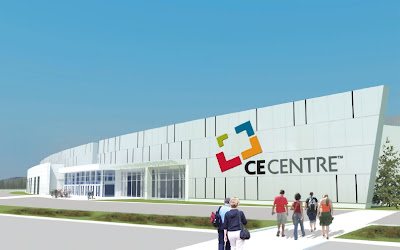 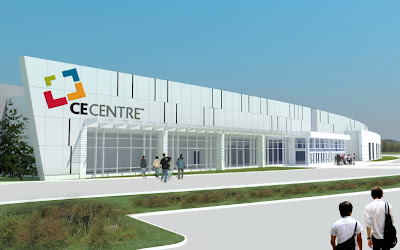 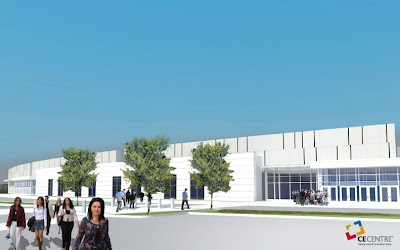 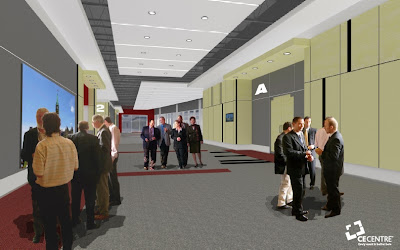 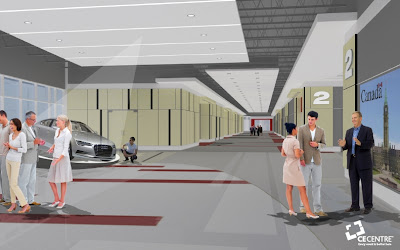