You're probably asking, “Wait! When did that happen?”  Well it didn’t, but it’s happening in my head.  Lately I’ve been asking myself how Ottawa can leverage its vast rural land as an asset.

On a Saturday drive through Navan, Ontario in East Ottawa my wife and I saw a sign, not a spiritual epiphany, a literal sign.  It said “Winery”.  We followed the sign and ended up at the Domaine Perrault winery where we met local wine producer, Denis Perrault, and his family.  In talking to Denis I didn’t just see a wine producer but an artist who loves his craft.  He schooled me on his agricultural consulting work in Africa and let me know there were ten more wineries in the area with one more opening in Richmond.  His wine was some of the best wine I've tasted in years!
That’s when I started asking myself whether Ottawa had what it takes to develop its own wine region.  Could that be a solution for leveraging our miles of rural land (and protecting it against sprawl)?  Could that be another plank in our tourism and economic development strategies?  What would happen if the ten wineries in the area were all located in one place?  There are a few factors working in our favour.
Leadership
First is leadership.  Denis Perrault, an international agricultural consultant, is the President of the 80-member Eastern Ontario Grape Growers Association and a leader among wine makers in the National Capital Region.  His wife and children are also in the wine business making it a family affair.  The leadership of the Perrault family in this industry gives Ottawa the potential to become a regional centre for wine-making.
Location
The Province Ontario is known nationally and internationally as an important wine producing region anchored by the Niagara Wine Region.  Other important wine centres include the Greater Toronto Area, Lake Erie, Pelee Island, and Prince Edward County.  Although we would be late to the game, Ontario already has the reputation, organization and marketing in place which we should be able to leverage to grow fairly quickly.  We wouldn’t need to reinvent the wheel or start from scratch.  We also have the land and rural communities to pull it off.

Innovation
Eastern Ontario, including the National Capital Region, has not been typically known as a wine-making region due to cold temperatures which typically make it difficult to produce wine.  Ottawa's wine makers are starting to find innovative ways to work around the cold, including sometimes shipping grape juice from Niagara to add their own grape crops.
Landscape
The next sign of hope is Ottawa's rural economy.  Like in many cities, there is sometimes a divide between rural and urban Ottawa, and it is easy to see rural communities as not contributing to the local economy.  After amalgamation Ottawa has the largest rural economy of any major city in Canada.  In fact 90% of Ottawa's geographical landscape is considered rural which can be seen as a disadvantage.  The creation of a wine region would allow rural communities to contribute to tourism and economic growth in the city, and would help them to diversify their crops.
Advantages of wine-making
Creating a competitive and thriving wine region in Ottawa would be good economically for the city and region by diversifying our economic base, would promote tourism, would allow us to leverage our large rural spaces, and may help to curb urban sprawl.  As a fairly new industry in Ottawa these businesses may eventually attract investors in other cities and countries who may not have chosen our city as a place to invest before.
When I lived in Toronto I used to work fairly regularly in Welland and St. Catherines which took me through the Niagara Wine Region on a regular basis.  The wineries in the Niagara area are a site to see.  So much so that they’ve become a pretty significant tourist attraction and have attracted investment from the rich and famous.
West Ottawa, in particular Kanata, has found its identity as a technology hub and they are running with it.  In East Ottawa we are still sorting out who we are.  Perhaps we need to embrace that we are a rural centre.  A wine region in Navan would help to us to capitalize on our key strengths and would distinguish us from the rest of the city and region.
Closing the Geographical Gap

The main issue in developing a wine region is the geographical gap between wineries.  Ottawa's wineries can be found from Navan to Richmond to Nepean, and wineries in the region are found in Chesterville, Aylmer, Papineauville, and Kemptville.
The Dream
In my fantasy world the city has designated a portion of rural land in Navan for wine-making with the goal of establishing a wine region.  Why did they choose Navan?  City staff determined it would be the ideal location because of the rural economy that exists there, the leadership of the Perrault family, and frankly the name is very marketable.  I can see the signage already, “Welcome to the Wineries of Navan”.  “You have entered the Navan Wine Country.”
Now that the wine region is five years old, and there are quite a few wineries in Navan, they have come together to establish a bus tour service that is creating jobs and economic growth in rural Ottawa.
That’s the dream.
Conclusion
This type of solution, tapping into an emerging industry, would require vision and long-term planning from the private sector and the city.  Of course there will be the naysayers who think this isn’t possible or it will never happen, but I believe that anything is possible.
What used to be the main stumbling block, and perhaps excuse, was the climate in the National Capital Region, but if Denise Perrault is right in saying there are ten others in the area with one on the way, that is no longer a factor.  So what’s our excuse now?

The VQA Ontario website lists 78 wineries in the Niagara area.  Would we ever have that much?  Again, anything is possible, but I doubt it.  But like in other areas, Ottawa is usually smaller, but is just as good.  According to the Wineries of Niagara-on-the-Lake website there are currently 22 wineries in their area and they are already coming together to begin marketing their businesses and offering a tour service.  Even if we were successful at bringing 15-20 wineries to Navan that should be enough to begin marketing and offering tours.
I’m not sure what zoning or processes are required to designate an area for wine-making, but I trust there wouldn’t be much opposition from residents.
Cities don’t always evolve by happenstance.  Vancouver recently set a goal of becoming the greenest city in the world in 20 years.  Cities like Montreal, Portland, Dubai and Singapore are also very intentional with their growth and what kind of city they want to be.  The only thing stopping us from becoming a wine producing region is our lack of vision and will.  The factors in our favour are clear and the stumbling blocks are slowly disappearing.  Let’s do it!
Kevin Bourne
reinventingottawa.blogspot.com

Pictures from my visit to Domaine Perrault 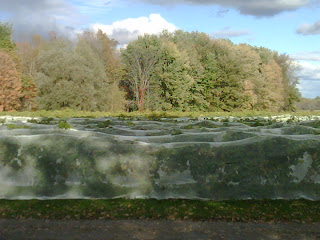 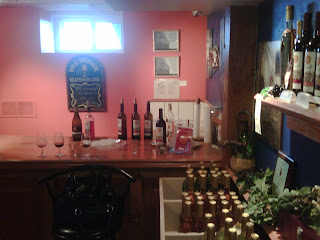 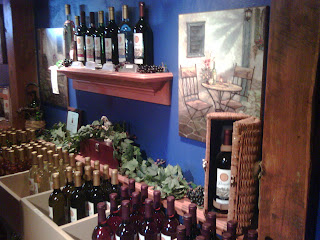 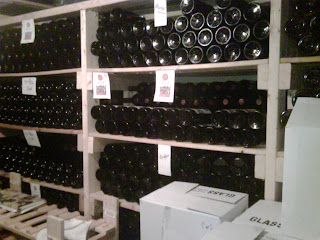 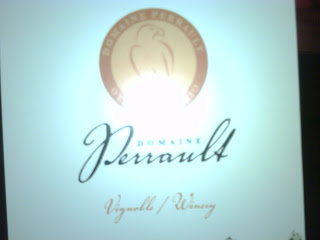 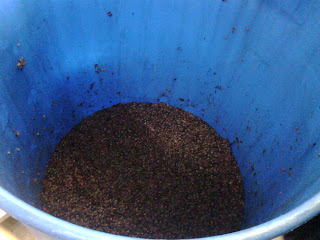 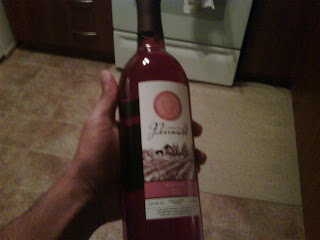